Safetrading
Need the most reliable information on Chico Crypto and their services? Want to know who they are? Read Safetrading.today profile and make up your own mind!
not checked 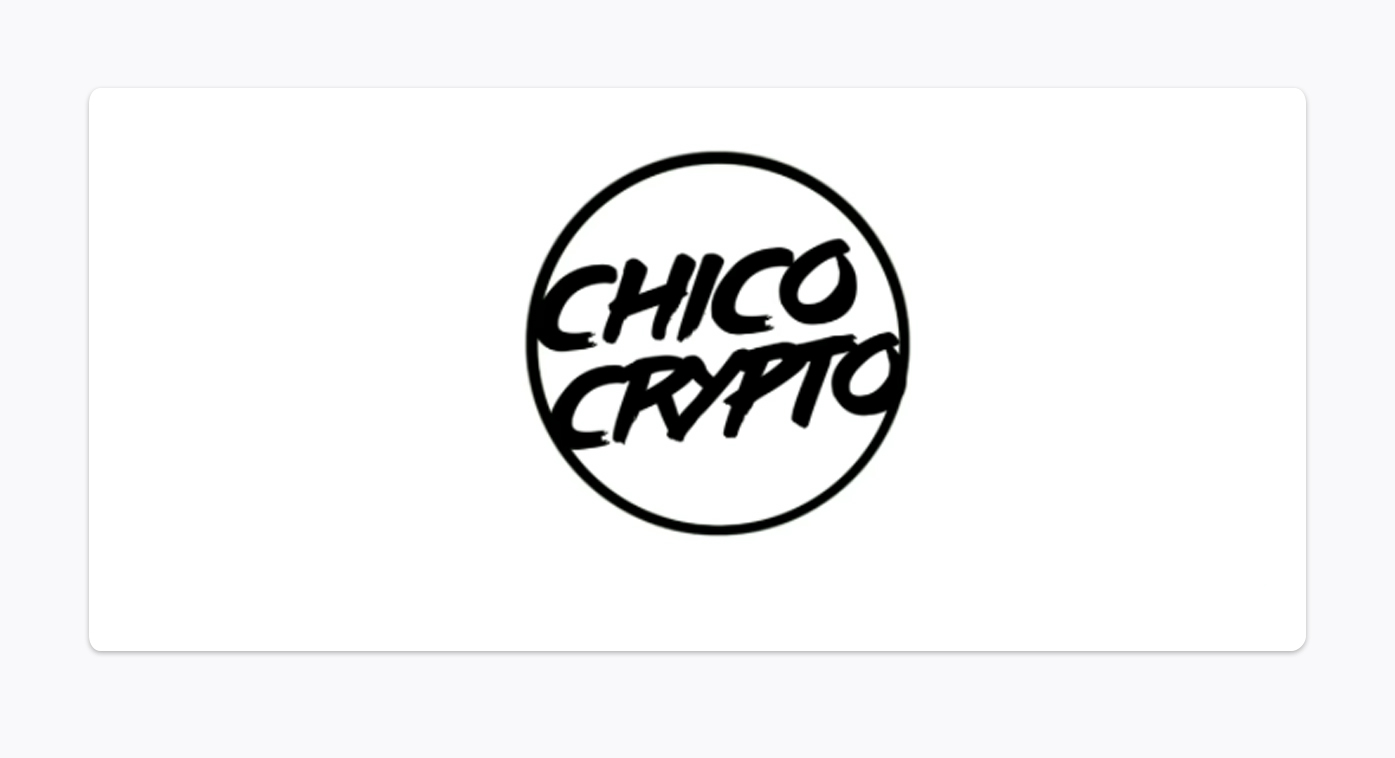 Chico Crypto is a crypto trader with a rather popular YouTube channel on cryptocurrency and trading.
I bet you saw a lot of info about his videos. Reddit and Twitter are full of discussions.
And we decided to find the reason for his popularity.
He has been active for more than 3 years and has…
70.2K subscribers on YouTube!
Can actually YouTube videos be scam?

Who Is Chico Crypto? 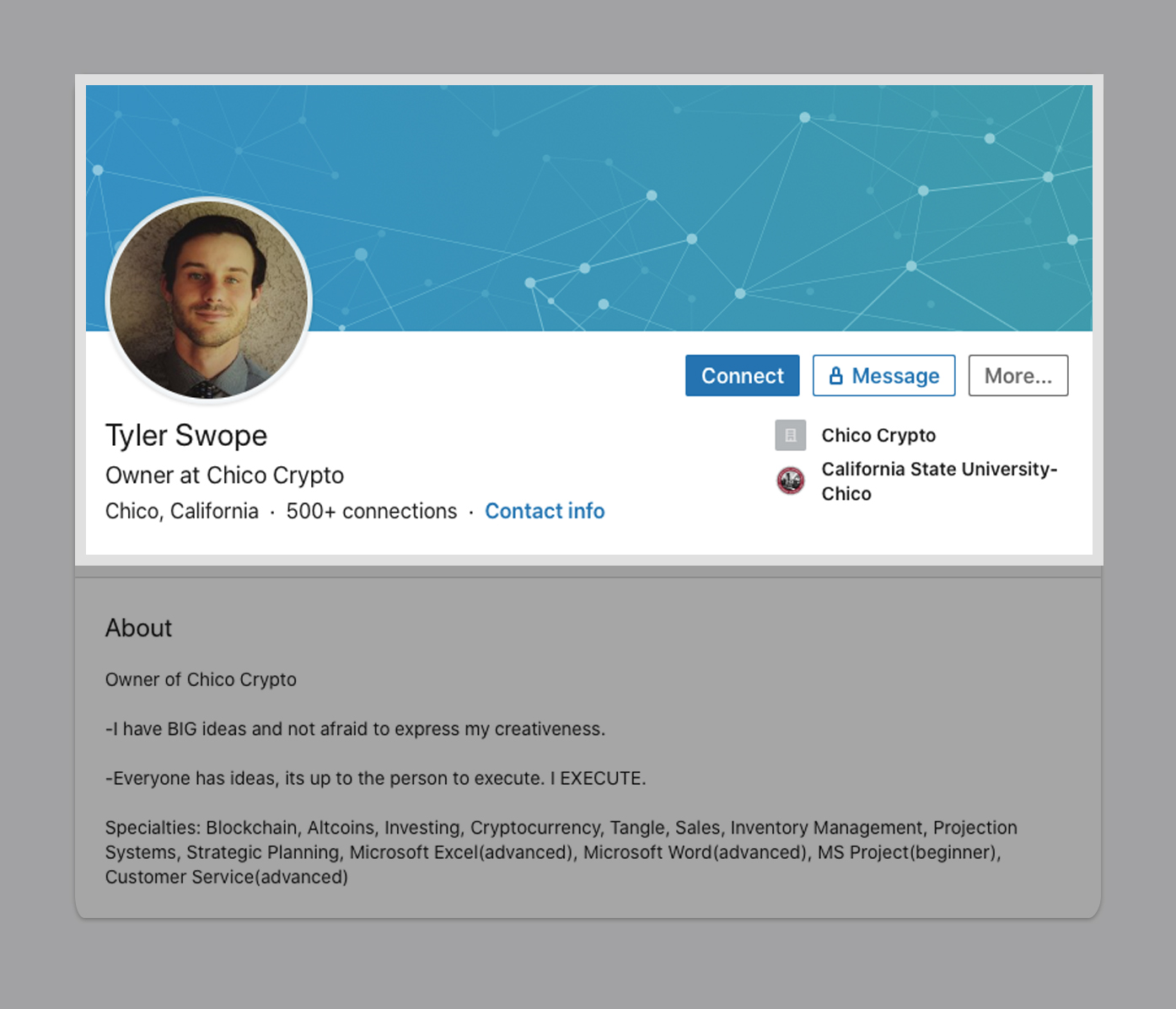 The channel is owned by Tyler Swope – a rather interesting personality, who stands out from the rest.
For example, every Crypto Chico video begins with some entertaining stuff like a video or a joke, which makes you relaxed before watching.
Tyler is sure that trading should be relaxed and comfortable and tries to teach subscribers the same. To master the art of trading, you need to put all the irrelevant thoughts aside and concentrate on what the expert has to say.
As you may notice, Tyler is not only a crypto expert but also has a passion for writing, editing, and making video clips. So there’s no need to worry that Chico Crypto videos will be boring.
Before starting a Chico Crypto Tyler has mastered the art of crypto daily trading – has grown an impressive portfolio investing in Ethereum, ARK, NEO, Ripple, and other currencies.
Tyler is sure that the blockchain technology is intertwining with our everyday lives and he’s willing to teach everyone. 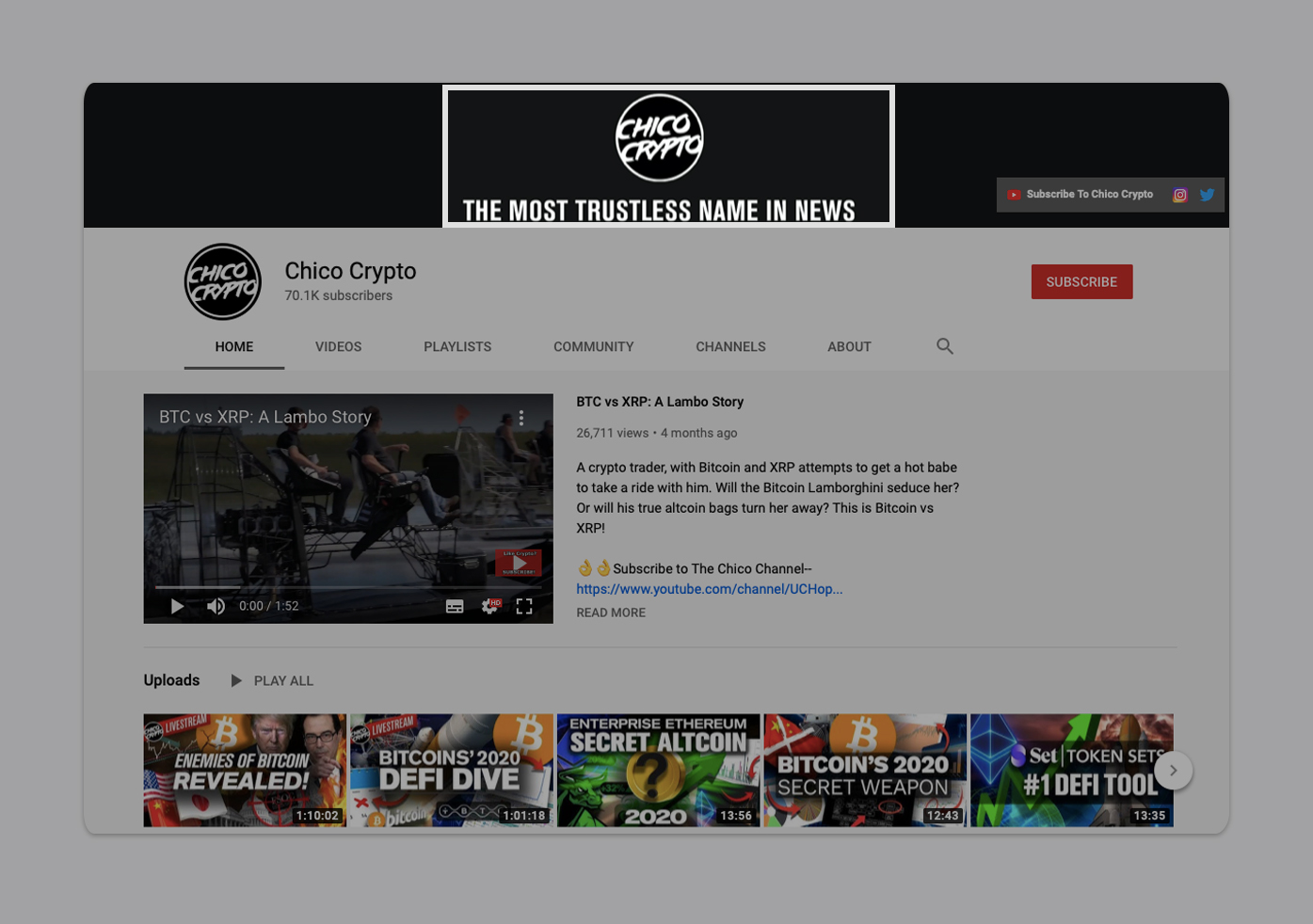 New Chicocrypto videos are uploaded every day at 11:00 PST, the only exception is weekdays when videos may land at another time.
All the videos Crypto Chico publish are concise and clear, and don’t take too much time – one video is around 15 minutes long.
Tyler’s Youtube channel gives instructions on altcoins, provides pros and cons of different crypto daily trading aspects, and doesn’t take hours of your precious time.
His videos are easy to watch, you know.
But still the content is mostly for professionals, as I think.
I like the colors of his videos.
Everything is, you know, very memorable. 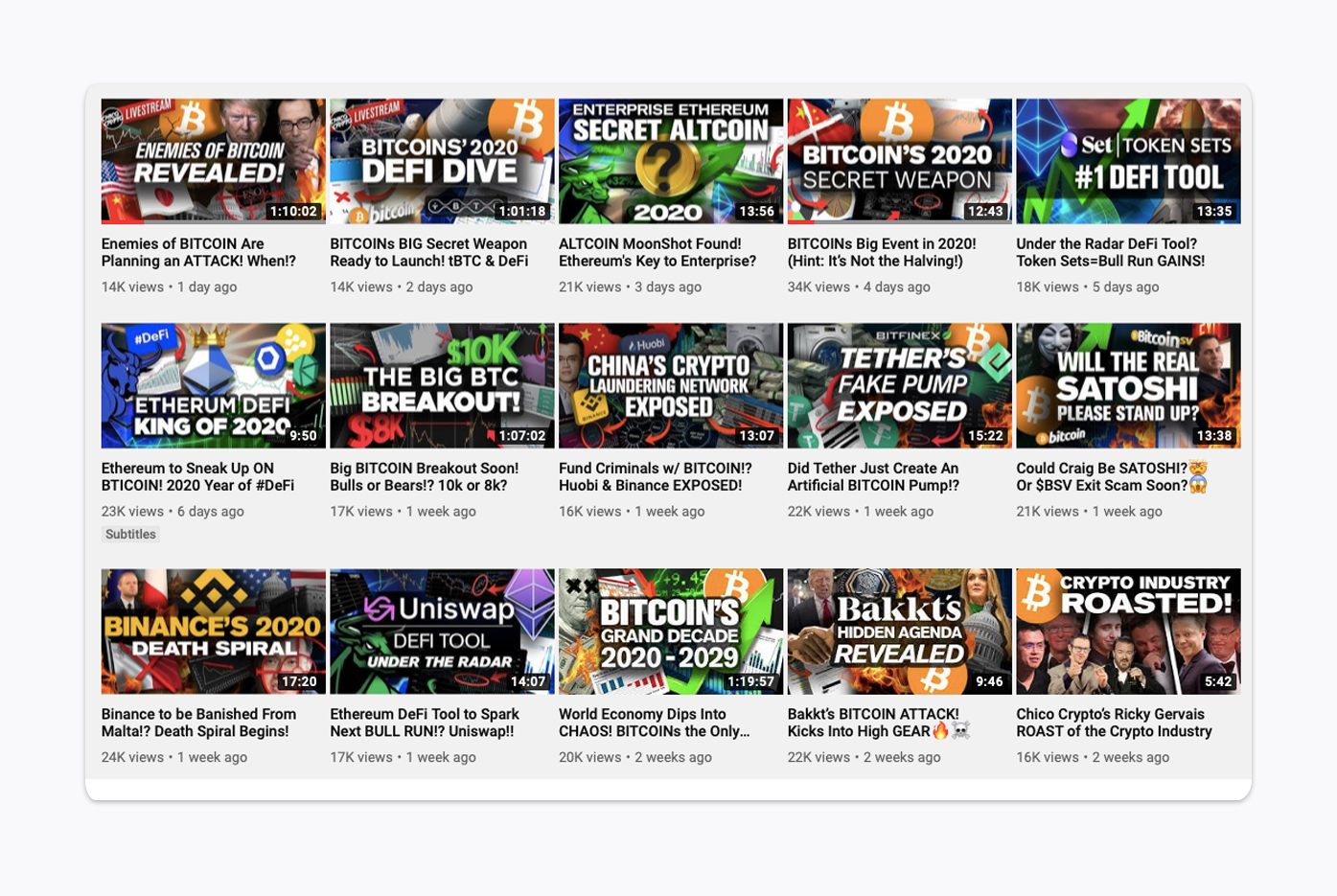 Chicocrypto offers free assistance and support via the YouTube channel, and these consultations can be applied both by beginners and experienced traders.
I want to remind you - the channel is free!
Yes, he gets money.
Yes, because of subscribers.
But still you don’t need to pay him in order to watch his videos.
So my personal opinion about this channel is like that:
If you don’t want to watch - don’t watch.
Even if he speaks about an unknown coin, it is his stuff.
You don’t need to invest in it.
It’s up to you.

The most interesting part of this review!
Reddit is like a world heap of different opinions and thoughts, so you can find a lot of different comments about Tyler.
For example, let’s talk about his video about Binance, where he discusses the process of “closing the doors” for US citizens. 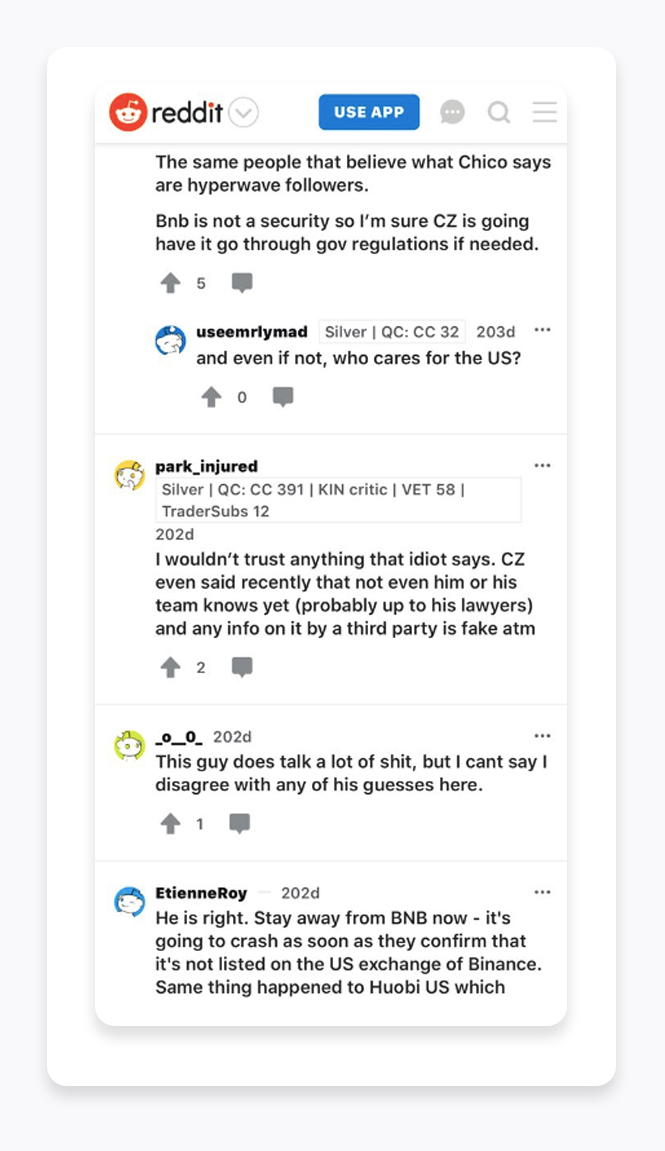 In this video personally I see only good expressions of his own thoughts.
He is not going to convince something, he just says what he thinks.
And as we see, people support him.

Crypto Chico is one of the channels that try to dispel the most common myths from the world of Bitcoin trading. For example:

Opponents of Bitcoin draw a parallel with tulip mania, which resulted in a complete depreciation of tulips.
One of the most popular supporters of this myth is Warren Buffett.
It was Warren, who also said that Bitcoin is a ‘rat poison squared’ and that BTC possesses only the illusion of value.
As you can get from Chico Cryto videos and other sources, Buffet is seriously mistaken about the value of Bitcoin.
In other words, Bitcoin possesses serious value because its owners can conduct a huge number of transactions within a globally distributed system with a chronologically tagged repository.
There is no other system like Bitcoin that possesses such a high integration level. And the explanation of this fact can also be found in Tyler’s videos.
In simpler words, Bitcoin is a transaction accounting system. A network built around data storage is of great value that can easily be seen.
For example, it gives users a chance to pay for services, creating off-chain solutions, mining, etc.
Would such companies as Microsoft, Fidelity, AWS, and NYSE participate in the development of this network if it was nothing but a financial pyramid?
And we couldn’t agree with Chico Crypto more!

This one is a rather old myth but many people still believe it.
It routes back to the Silk Road – a platform with illegal goods and services (even though there were rather lawful lots as well).
As Tyler also noticed, this myth has already been refuted by Chainalysis.
Despite the fact that the number of Bitcoin investments in the darknet grew until 2018, the percentage of its usage in illegal transactions (the yellow line) has decreased significantly.
At the moment, the percentage of BTC usage in illegal operations makes up only 1%!
But still, there is no better way to conduct illegal deals than to use cash!
When you pay with cash, the seller won’t have problems with further purchases, and no one will be able to trace it.
In one of Harvard researches in 2016, it was found that a large amount of cash is actively used by criminals and it should be gotten rid of.
In addition, the UK government has published an annual report on money laundering and terrorist financing.
It claims that digital currencies have a low potential risk of being used for laundering compared to cash and banks.
And that is another myth dispelled by Chicocrypto and other experts.

In order to maintain network security, the PoW algorithm is used, which requires lots of computing power and electricity.
According to the calculations, miners across the world consume at least 2,55 GW of electricity every day, which equals a minimum of 22 TB a year.
According to estimates, the daily global consumption of electricity by miners is at least 2.55 GW, which means consumption of at least 22 TV per year.
However, followers of this myth will hardly tell you that the biggest part of consumed electricity comes from renewable sources.
Considering that electricity is the main cost item for miners, it’s obvious that they are also interested in reducing consumption.
And that is the third myth, which is successfully analyzed and disproved by Tyler and other trading experts.

Unfortunately, this Crypto Chico review doesn’t mean that we can recommend it.
We tried to contact the channel’s admin but never heard back from him.
It was a real disappointment because we liked the channel and the information discussed.
But still Tyler is not going to provide you crypto signals…
It is YouTube.
You watch videos, you are informed about crypto news.
That’s all!
If you want to get just good crypto signals to trade, check this page.
We will continue informing you about all of the best trading providers on the Internet!

How to Predict Bitcoin Price - Advice From Professional Trader

How to Short Bitcoin?

How to Make Money Trading Bitcoin?